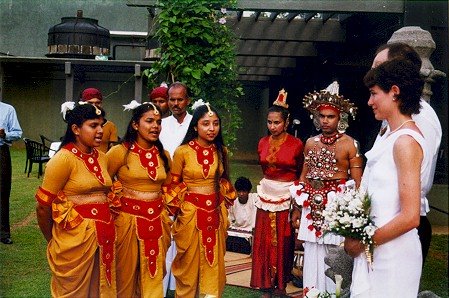 It had been a beneficial and profitable time for the Government after a few fights against large organized forces. Quite recently many creditable events had taken place to consolidate this view and expression of approval was given on many fronts both local and international including the grant of IMF loan facility.

There were instances where the Government credibility was discussed or disputed, as a result, false beliefs based on illusions were spread and false allegations were made that things wrongly supposed to exist in Sri Lanka. Those judgments were held without actual proof to substantiate its validity. It’s all what one thinks on a particular point thus giving wrong opinions making it a one-sided affair.

Accusations against Government in the war front were made in order to win international sympathy although the Government conducted the war to the best of its ability under difficult conditions according to international rules. However those accusations were not successful due to lack of accuracy and credibility.
To raise funds overseas it is required to register it as a charity. LTTE did not run charities in this country, instead it operated highly sophisticated but clandestine overseas false propaganda machine not only to raise funds but in the process sullied and tarnished Sri Lanka’s reputation and image for over two decades which affected her Tourist Trade. False propaganda quite deceptively led Europeans to a difficult situation; Most of the people who involve themselves in this effort of raising funds overseas are the very people who involve in false propaganda work. Most of them had become citizens of European countries and enjoy those privileges and rights of their respective countries.

They work and live among those Europeans and virtually involve in everything that the Europeans indulge. Some of them are born in those European countries and had never seen Sri Lanka.

Some others may have accompanied their parents and had got their citizenship, live and work there or a few persons inter-marry with Europeans. Despite in major changes their lives, they rarely forget their original roots, their mentality goes back to their origins, even after a lapse of two three decades; their wish is to help their people back in Sri Lanka. They take these matters seriously. Therefore, it is not uncommon for these groups to support false propaganda and fund raising.

These are the very people who managed to bring traffic to a complete halt in major city in Western Europe. The expenses to control their sheer numbers and maintain law and order cost a few million pounds.
Sri Lanka had effectively convinced both India and the USA that it had done a great services by beating the stubborn LTTE. On the other hand both countries would prefer not to see terrorism held high in Sri Lanka and preferred Sri Lanka stays as a friend of both countries. Sri Lanka’s position had to be considered as a ‘favorable’ one during the high level talks between Dr. Manmohan Singh and American State Secretary Hillary Clinton which would have obviously stood well for Sri Lanka’s current standing. India may have intimated her concerns to the USA about LTTE linkages with radical Indian elements as well as Tamil Nadu involvements which could have let loose a possible wave of political unrest within the Indian sub continent, a distinct possibility.

All in all Sri Lanka’s future looks extremely favorable for investment and tourism provided tourism recovers from the temporary hiccups concerning the lucrative European market.

Also Sri Lanka’s ostentatious display of LTTE’s recently found huge arms stocks that were buried and uncovered pointed out a signal to the world that they should not repent over the complete annihilation of terrorists.

In the meantime we hear overseas reverberations and news that a new leadership is to emerge. These groups have not abandoned their quest for fighting, eager for revenge, another method or cause to fight.
Whilst Sri Lanka enjoyed and danced on the streets and villages over the Forces victories the euphoria went on over two weeks showing the ‘people’s power’.

But Sri Lanka lacked ‘people power’ overseas where it matters the most.

Remember where the traffic came to a dead halt in a major European city? Generations of false propaganda aided by anti-demonstrations promoted obstinate opinions about Sri Lanka.

The pro demonstrations sadly lacked cause to have a specified direction or target. There was no control, management or command and it was easy for all Europeans, all over Europe to make certain judgments without actual proof. They observed what they were given to watch. Then it was up to the pro elements to perform their home work, be present and participate in sheer numbers to influence the losing balance in the apparatus where debits and credits are given accordingly. Thus Europeans think twice before making those obstinate opinions simply, because they are then confronted with two “people powers” and not one.
“Expatriate people power to be reckoned with” Finding ways and desired course of action to combat and eradicate false propaganda and other issues that affect the tourism trade etc had been one of the difficult tasks Sri Lanka had faced during the last few decades. It cannot be tackled by negotiations or any other method due to the fact they occur overseas. There are not many answers to this problem. Even though the war is over, it walks with its head held high knowing Sri Lanka’s weakness in this area.

But now this menace is to be met with an opposing menace which is to be introduced in this article.
Establishing Vigilante groups among expatriate communities: Vigilante groups are generally people who perform voluntary work for the welfare of a community. In this case it is done for the sake of Sri Lanka’s future aspirations and goals which need to be addressed.

Finding a durable solution, bring a concept that can bring answers to specific questions; the country is faced with, a problem not commonly found, but also difficult to cope with by force or by negotiation, similarly if the answer was easy any successive government may have attempted by finding a solution by now. This means finding a solution is not easy.

This writer merely bringing two concepts in anticipation hoping they are the right answers or solutions for the problem and other than that no other expectations or involvements intended.

Vigilante groups are self-appointed, they are perceived to be of good character and good watchers, they watch carefully, pay attention to, good at observing remarks, Quick at noticing and ability to keep things under observation, wait alertly before reporting. They could also be described as unofficial guardians of people rights.

In any case if this concept is not desirable, another concept to be considered. Expatriates to work as “goodwill Ambassadors” This scheme does not require official sanctions. It is up to the Sri Lankan groups, Associations, Societies and rights groups to come forward and help Sri Lanka at this hour.

The work of a goodwill ambassador can be classified as people who voluntarily offer a service promoting goodwill and friendly feeling among people. The intention that goodwill results. A goodwill ambassador is one who behaves well, having the right and desirable qualities. He or she could be proper, expedient and a morally correct person

In this instance the Goodwill Ambassador’s main task would be to provide promotion of Sri Lanka Tourism, her potential as a safe tourist destination and he or she counters false propaganda. Carry a little hand book or an eye catching little brochure giving a brief story about Sri Lanka’s “Big Miracle”. There are capable and talented special writers in Sri Lanka to do this, the goodwill ambassador has to be pleasant, efficient and a thorough person. Above all a person with all honesty to perform such a task. He or she is also subject to answer questions about Sri Lanka’s conflict.Sri Lanka would like to hold the lucrative European tourist market in a ‘tight embrace’ and now this had been further strengthened by the Government by banishing the menace of terrorism. Our intense effort and approach should not only be dynamic but also perceived by real performance, clear vision and definite goals orientated

We must prevent and take the necessary safeguards to eliminate any attempts by our opponents to strangle our economy by affecting the tourist trade. Tourism from Europe had been our backbone, any attempts to prevent us from becoming a big player in this region could only be achieved by pure performance. Europeans do have choices to select a safe destination to travel, to have a good holiday. In life Europeans set targets to achieve, to save money like every one else and work harder knowing that a holiday is not far off and looking forward to recharging their bodies and minds.It is therefore up to us to make that holiday a happy memorable one

Europeans think very seriously about having a holiday every year. A holiday has become a customary thing. Once you get to know a tourist, you get the message he or she is eager to know more about the conflict and there is no point if the interest to know has been overtaken by other interests, means there is no point talking about that subject.

Every tourist who comes to Sri Lanka has some knowledge coupled with different opinions about the war which they are entitled to form themselves. It is true that the Government did not enjoy the option to engage in a war. But if that option was not taken the Government would be blamed or find themselves at fault for breaking people’s mandate given to it.

How GOOD are Goodwill Ambassadors?

A Goodwill Visit By Muhammad Zahid Rifat , Commentary article from the Daily Times Besides official delegations which visit foreign co...