Honorary Representatives and Much More...

A Goodwill Ambassador is a prominent individual in his/her community or profession who serves as an "Honorary Diplomat" between entities, like organizations, institutions, towns, cities, or nations. If you pride yourself on being a good friend to others and someone who initiates change you might have a future as a "goodwill ambassador."

Common examples of goodwill ambassadors are actors, artists, authors, athletes, advocates, activists and other prominent or well known figures who go on “international friendship missions” to foreign countries, where they present gifts, provide humanitarian relief, and socialize with their contemporaries and counterparts. Like these people, it’s your job as a goodwill ambassador to represent one group of people to another for the purpose of building friendly cooperative mutually beneficial relationships that will be economically, culturally, socially, or politically beneficial in the future to both parties and the world.

To accomplish your mission, you typically travel, attend social functions, participate in round-table discussions, make public appearances, involve themselves in relief projects, do media interviews, and lobby legislators. Normally the title is given to those who perform work on the behalf of a group working abroad but can be used more liberally too.

Although most goodwill ambassadors do humanitarian work for organizations like the United Nations, some act as “welcome wagons,” representing businesses to prospects. In this case, it’s your job to find and ingratiate yourself with leads by presenting prospects with token gifts, information, resources, access to benefits, complimentary promotions, etc.

Either way, your job is “being nice” as a means of promoting peace, prosperity, fellowship, friendship and brotherhood as mutually beneficial functions for society in representation to your non profit organization, cooperative, your community, or your country. 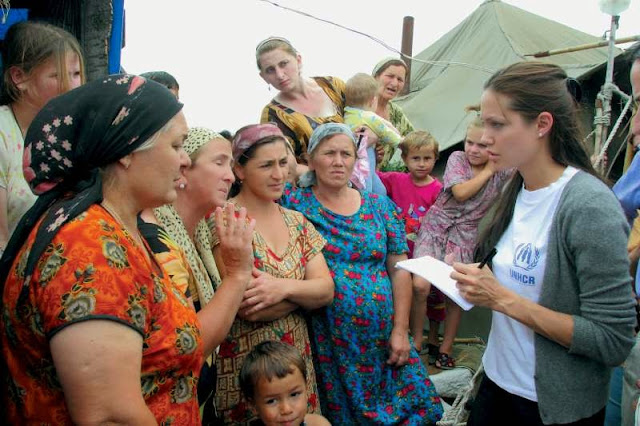 What are the requirements to become a goodwill ambassador?

You should have a high school degree, associates degree, or a certificate in global citizenship or higher and share these most basic traits:

There are other skills and traits that are relevant too, especially for international relief work. Many of the standards and guidelines for best practices among goodwill ambassadors internationally are emulated by groups that routinely use prominent well-known individuals or people especially selected by their memberships including the Muscular Dystrophy Association, the Red Cross, Transparency International, Rotary International, Globcal International, and the many United Nations Organizations. 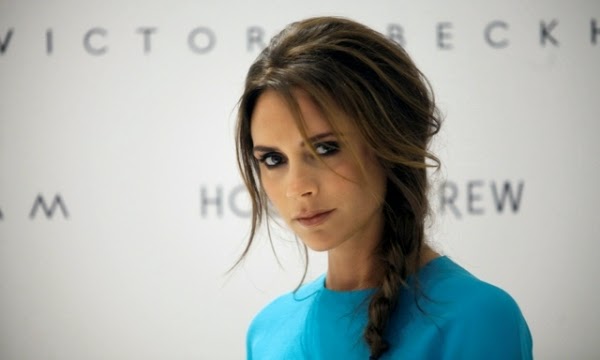 How to become a professional goodwill ambassador?

There are many organizations and countries around the world that want, need, or would fare well by having goodwill ambassadors represent their friendship and cooperative interests, ideas and projects abroad. So the career outlook is "very good" to "excellent." Countries, states and cities often use members of their own communities like annual beauty pageant winners, local heroes, former politicians, upcoming politicians, or even mascots (fictional characters). In 2008, Japan appointed 'Hello Kitty' as an ambassador of goodwill and tourism, the mascot made over 100 high level appearances with heads of state in subsequent years.

A president, prime minister, governor, or mayor can appoint, commission, or recognize a goodwill ambassador for a short-term (single event), for the course of a year, several years, or for life as does the governor of the Commonwealth of Kentucky upon awarding honorary colonel commissions to noteworthy individual citizens and friends of the state.

Many of these positions are often unpaid, in most cases they involve attractive stipends, cooperative grants, perks, travel reimbursements and other compensation with more prominent active organizations that depend on these individuals to promote their work. Organizations like the WWF, UNICEF, the IUCN, Conservation International and the Republic of South Korea. 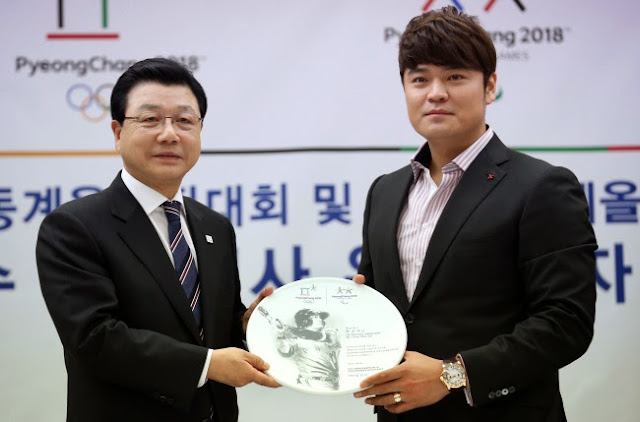 Are there goodwill ambassador jobs available in the world today?

Sure. Governments and organizations that have goodwill ambassadors often need to develop and re-develop these positions based on political change or for particular special events. So more often than not these positions are frequently vacant or underutilized through informal relationships with celebrities or well-known community figures that have little time to spare. Many of these individuals are appointed and only work during a single annual event and maintain their status inactively during the rest of the year.

Community organizations, leaders and even individual ambassadors can be postulated at any time for a mission, event or project in this representation. Those who want to represent entities as goodwill ambassadors often use the official position or title to raise their own discretionary funds through others including friends, community leaders and even banks that collaborate at a local level to help them succeed in representing their common community interests.

How good, effective and pro-active a goodwill ambassador or a community's international cooperation department usually depends upon the individual ambassador's personal resources, community support, commitment to the cause, and time available. Being a goodwill ambassador can be a full or part time job or it can be a prestigious honor that is coveted and used infrequently, this all depends on you. 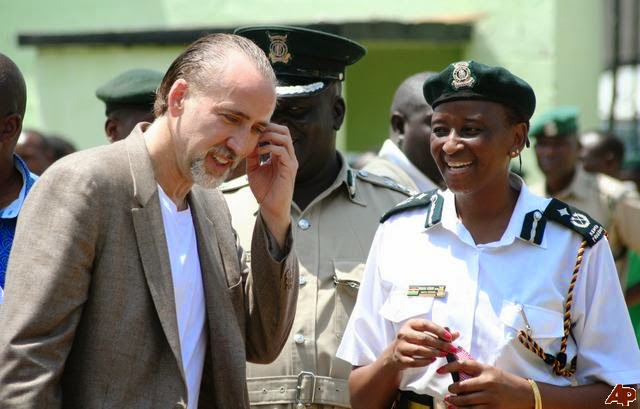 Want some help to become a goodwill ambassador?

There is an international organization that has been exclusively developed for cause advocates and community activists that takes being a goodwill ambassador to a fine art and career profession. They assist in development and placement of ambassadors in careers to create goodwill on a global scale.

Globcal International helps individuals become ambassadors and it assists organizations, states, cities, small communities and tribal peoples in the development of cooperative programs using goodwill ambassadors. As of July 2014 they begin the operation of an extension service in the form of a resource center for goodwill ambassadors and their potential employers through a number of on-line social network platforms and maintains a cooperative fellowship that comes together through their joint member programs. 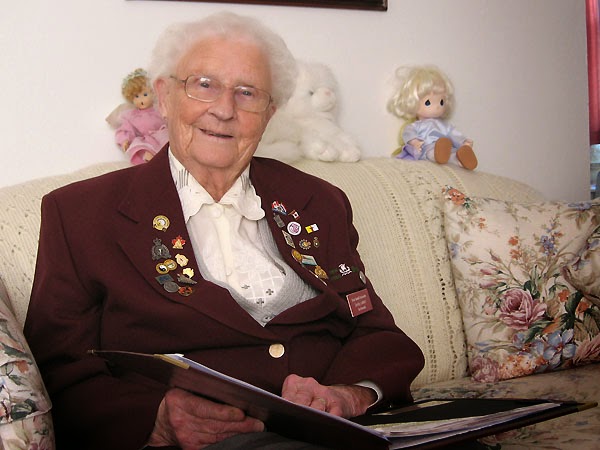 Qualify and join the club?

In essence the organization serves to propel the professional development of these illustrious determined people who join or are selected by the commissioners of their organization as lifetime members of their union. Their fellowship is cooperative and serves as a confederation or assembly forum for goodwill ambassadors all over the world. Members gain access to interactive courses, certification programs, a special library collection, discourse, database of officials and the media as well as other special benefits, services and privileges both practical and virtually for those who engage the social media.

Globcal provides registered members with introduction services with heads of state or community leaders, provide diplomatic visas, credentials, travel documents, letters patent, and embassy services in 100 countries through an extensive network of day offices and ambassadors who are cooperative members that assist their fellows and global citizen travelers at airports with transportation, emergency lodging, tourism, work assignments, and customs. They are certainly professionalizing and making the horizon richer and more prosperous for their members by promoting work opportunities.

You can qualify yourself as an international goodwill ambassador now through Globcal if you have used the title professionally and honorably anytime during your lifetime. Depending on how much experience and work you have done you may also have your name or biography listed in Globcal International's "Global Citizenship Registry" in Stockholm, Sweden. (a new project they have under development).

Those who do qualify to become registered are listed, their names are presented and made available to NGO directors, monarchs, presidents, prime ministers and mayors from around the world as qualified honorary citizens with their direct contact information, to fill the hundreds of opportunities that exist with already known goodwill ambassadors and global citizens. Globcal International provides their certification, training, education, and registration services to members and non-members alike.