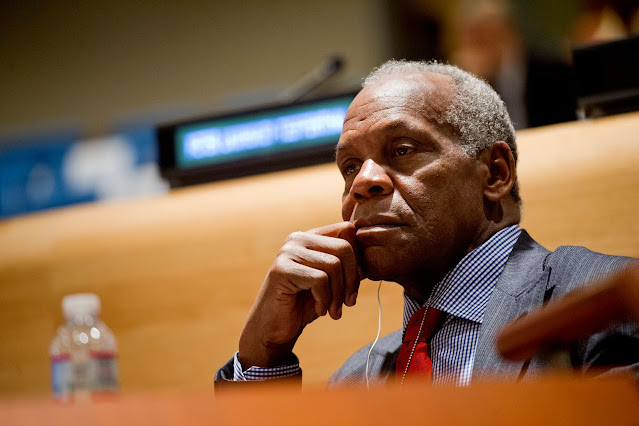 30 June 2016 – The international community must increase its commitment to fighting Afrophobia and discrimination against people of African descent, United Nations Children’s Fund (UNICEF) Goodwill Ambassador and actor Danny Glover has said, speaking during the International Decade for People of African Descent.

In a recently released message, Mr. Glover, who advocates on behalf of the estimated 200 million people of African descent living in North and South America, urged national and multilateral partners in the Americas to ensure that policies work with and in support of this often marginalized group.

“The three UN themes – respect, justice, development – must be utilized as an interrelated guide,” Mr. Glover said, adding that the successes of the Afro-descendent populations help to guarantee successes of the entire society.

In an interview with the UN News Centre, Mr. Glover, an African-American whose grandparents were born in the 1890s in the southern United States city of Louisville, Georgia, spoke personally about race and the segregation of the United States.

“One of the moral underpinnings of my childhood was that my mother would always say that she was eternally grateful for her mother and father because she didn’t pick cotton in September, she went to school in September,” he said, a decision that allowed her to graduate from college in 1942.

These familial experiences are what anchor Mr. Glover, who growing up in San Francisco, California, did not attend a segregated school, in his work on behalf of the UN and the International Decade for People of African Descent which runs through 2024.

“I would hope that there would be a place within this period for specific projects,” he said. Listen below to the types of political projects for which Mr. Glover is advocating.

Today, there are at least 40 million people in the United States alone who identify themselves as being of African descent, and many of them are among the poorest socio-economic groups, according to the UNICEF Goodwill Ambassador.

Secretary-General Ban Ki-moon has said that people of African descent are “among those most affected by racism. Too often, they face denial of basic rights such as access to quality health services and education.”

The promotion and protection of human rights of people of African descent has been a priority concern for the UN. The Durban Declaration and Programme of Action, agreed to at the 2001 World Conference, acknowledged that people of African descent were victims of slavery, the slave trade and colonialism, and continue to be victims of their consequences.

“Wherever we are, whether we’re in Brazil or Colombia or Ecuador, we are decedents of the transatlantic slave trade,” Mr. Glover said. “Whether we’re in the Caribbean or here [the United States] or Canada, we can trace our identity to that moment in human history when essentially we became the capital of the new system that came into existence.”

Listen to Mr. Glover speak more about the shared experience between people of African descent in the clip below.

The International Decade for People of African Descent, proclaimed by the General Assembly in resolution 68/237, provides a framework for the UN, Member States, civil society and all other relevant actors to join together with people of African descent and take effective measures for the implementation of the programme of activities in the spirit of recognition, justice and development. 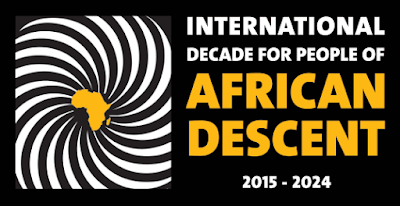 In addition, the Decade is meant to underline the important contribution made by people of African descent to international societies, promote their full inclusion, and combat racism, radical discrimination, xenophobia and related intolerance.

Mr. Glover said the timing of the Decade is particularly important given the ongoing events in his home country of the United States.