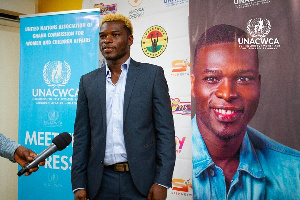 Accra, Ghana - The United Nations Association of Ghana Commission for Women and Children Affairs (UNACWCA), has reached an agreement with the former IBF Lightweight Champion Mr. Richard Oblitey Commey, to have him serve as a Goodwill Ambassador of the Commission.

It comes after the Commission has monitored Mr. Commey's good conduct and humanitarian services in diverse ways. This agreement has been made possible by Mr. Commey's own passion to do something enduring for women and children in Ghana. His management - Streetwise Management Limited, has also consented to this agreement.

This is a long term relationship which will see Mr. Richard Commey works closely with the UNACWCA, government, civil society and other interest groups to facilitate the attainment of UN SDG 5 - Gender Equality and Women Empowerment in Ghana.

As you may be aware, the Sustainable Development Goals (SDG's) are set of 17 goals and 169 targets agreed by all UN member states with the aim to achieve a better and more sustainable future for all. They address the global challenges we face, including those related to poverty, inequality, climate, environmental degradation, prosperity, and peace and justice. The Goals interconnect and in order to leave no one behind, it is important that we achieve each Goal and target by 2030.

Today's signing of the MOU between UNACWCA, Mr. Richard Commey, and Streetwise Management Limited is a seal on this deal and details among many things, specific responsibilities of the Goodwill Ambassador;

It is the UNACWCA's hope that by working with Mr. Richard Commey, and other stakeholders, it shall be able to deliver on its mandate areas such as: 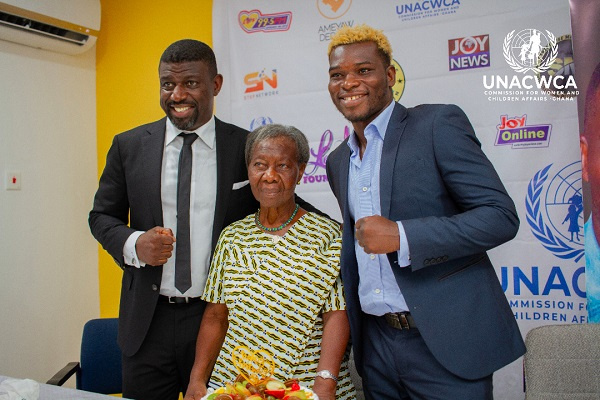 Globcal International (News)
International Day of the World's Indigenous Peoples: (News Article) This year’s International Day of the World’s Indigenous Peoples, being held today, 9 August is expected to cast a spotlight on the importance of traditiona...
American Colonels (News)
Kentucky Colonels Defending the First Amendment: (News Article) Filing a Lawsuit Does Not Demonstrate Goodwill On February 20th, the Honorable Order of Kentucky Colonels, Inc. (HOKC) filed a lawsuit against us for defam...
Indigenous Chocolate (Origin of Cacao)
Chocolate Trust Fund for the Piaroa (Updated): (News Article) Starting Out is the Hardest PartBy Col. David J. Wright, Goodwill Ambassador for Globcal InternationalGetting started is the hardest part of accomplishing ...
Indigenous Unity Foundation
Gujarat, India the Indigenous Unity Flag throughout the State: (News Article) Fully Adopted by the Adivasi in India (Pictorial) The Adivasi Primitive Group is a group of people connected to one another, connected to other leaders and...
Coca Tea Company
The Real Power Behind the Coca Leaf: (News Article) The sacred is divine! Secret Ingredient in the Leaf Cocaine is a central nervous system stimulant. The classification of central nervous stimulants spans m...