Goodwill Ambassadors was first published here on Blogger in 2009 dedicated to the public interest and the Creative Commons giving rise to the formation of the Goodwill Ambassador Foundation in 2013 with Globcal International as an offshore international foundation. In 2021, the [term] Goodwill Ambassador, which we recognized since 1992 as our collective [mark] was recognized as an official post-nominal [title] by international authorities. Within the charter of our new domains on February 02, 2021, "Goodwill Ambassador" is now internationally recognized and adopted by consensus as a post-nominal honorific, an occupation and a title of authority that is officially assigned to a person who advocates for a specific cause or global issue on the basis of their notability. Our new website was developed to show deference to those who honorably seek and use their honorable titles as goodwill ambassadors and obtain recognition for their actions. Wikipedia

Kwaio, One of the World’s Indigenous Peoples

9th August is celebrated as International Day of the World’s Indigenous Peoples. Today we highlight Kwaio peoples, an ethnic group found in central Malaita, in the Solomon Islands. We will examine the culture from the perspective of a goodwill ambassador and Swedish international human rights activist, the Honorable Maria Veneke Ylikomi. 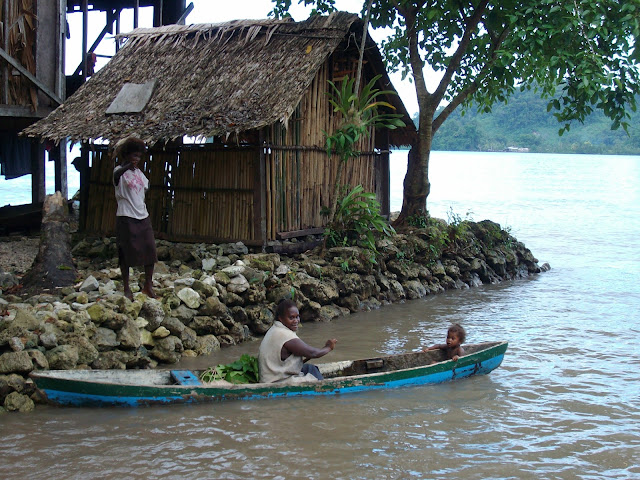 Ann Lindvall Arika was born in Sweden. After travelling in many parts of the world, she settled down in the Solomon Islands where she fell in love and married Robert, a man from the ethnic group Kwaio.

Most Kwaio have accepted Christianity, but a minority practise their own, indigenous religion. These non-Christian Kwaio are sometimes called “the hidden people”, since they prefer to live by themselves. Originally, they were called “the heathen people”, but this is now considered offensive. 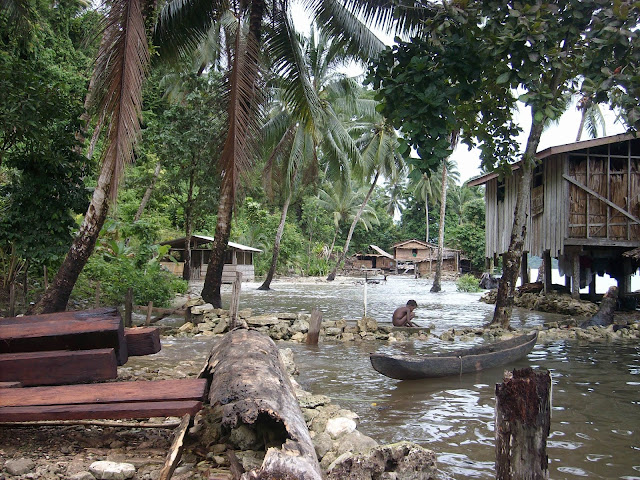 Purity is something fundamental in Kwaio culture – and in Roma culture

“Life in Solomon Islands consists of a fine net of relations, rules and considerations; all that is called ‘culture’. A lot of it circles around water and purity. The Pacific islanders must be the cleanest people in the world, who preferably take a shower two or three times a day. If they have access to water and soap.”

The paragraph above is a quotation from Ann Lindvall Arika’s latest book “Solomon Grassroot”, in which she describes her everyday life in the Solomon Islands. Ann is an unusually humble person, and it is a great pleasure to read about her experiences of other countries and other cultures.

In the book Solomon Grassroot, Ann has written a whole chapter about “Water and Culture”. She tells the reader that free running drinking water is an incredible global luxury and she thinks it is a paradox that the islands in the Pacific Ocean suffer from a lack of water. Ann explains that there sometimes are arguments about the water pipes in the local community Koa Hill where she and Robert live together.

It is mostly between the Kwaio and non-Kwaio. The Kwaio have strict, almost ritualistic, rules for purity. 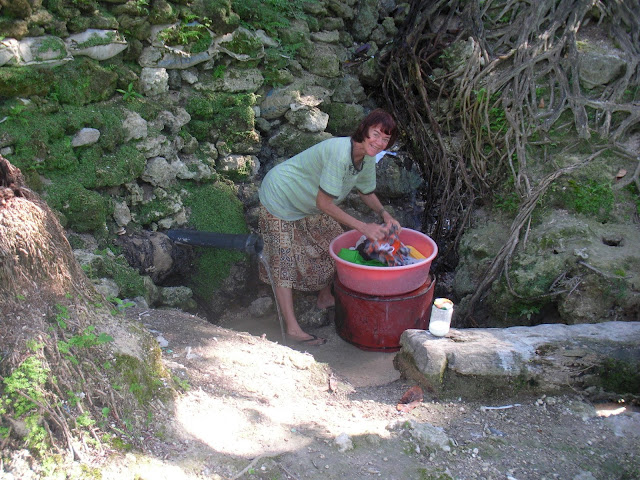 Ann further explains that she recognizes some features of the Kwaio culture, for example purity, within the Roma culture.

I worked with Roma people in the 80's and also hung out privately with some. I read everything I came across, books, magazines, listened to the radio, watched TV shows and learned a lot. The view of purity also among the Roma is not only physical, but it goes deep, almost something existential.

Traditional Roma people have to wash their hands the first thing they do in the morning before doing anything else. You must absolutely not use the same cloth for the floor as for the table, do not put shoes on the table (but Swedes would hardly do that either). It was a Roma who wanted to insult other Romas in a camp in Sweden at the time Roma people lived in camps. He used the dishcloth to wipe the floor, and in this way he got the whole camp 'declared unclean', which was a social disaster.

Another feature that Ann describes as an important part of the Kwaio culture is a deep respect for food. 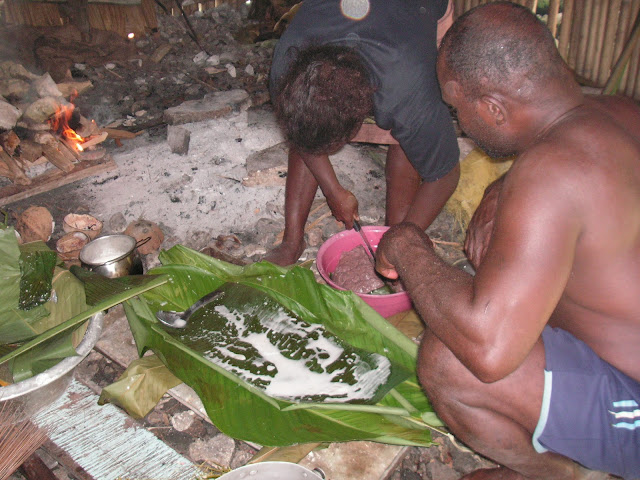 Preparation of taro pudding for a feast. Photo: Ann Arika

“Since time immemorial, the Kwaio have a deep respect for food. There is hardly any waste; everything is used. But something, however, is always left over, be it grains of rice, crumbs, fishbones. That is why, in traditional villages, they eat sitting close to the fire, so these small leftovers can be consumed immediately by the fire and not be polluted. And food deserves a better fate than to be flushed down with toilet water. That is lacking in respect and absolutely taboo. Among the hidden people, it is a serious offence. The guilty must sacrifice at least one pig; otherwise the spirits will make something dreadful happen to her or him. The Christian Kwaio, too, take this seriously. It is simply a part of the Kwaio culture”, Ann writes in her book Solomon Grassroot. 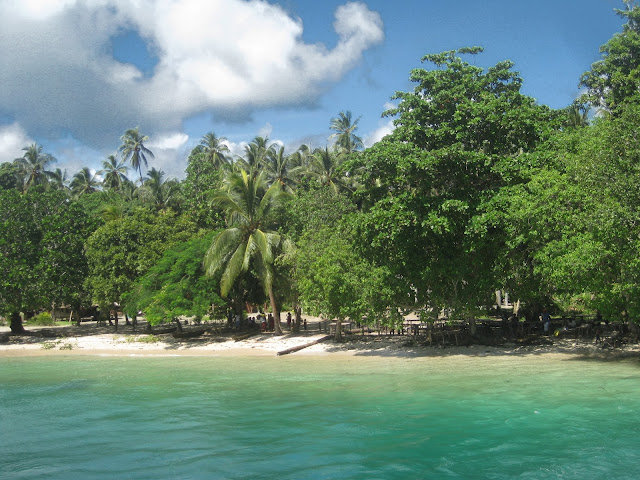 Calm and harmony, purity and simplicity

After settling down in the Solomon Islands, Ann realizes that she has a strong feeling of calm and harmony.

This is the life I wanted to live, a quiet life in purity and simplicity in a tropical country, she writes in the book Solomon Grassroot.

Ann tries to describe the simplicity she is talking about and makes a comparison between life in the Solomon Islands and life in Sweden:

It is clear that life here in the Solomon Islands is different from life in Sweden. I mean both technological simplicity and the simple way of life. There (in Sweden) there are so many amenities, electricity, household appliances, broadband and an endless range of goods are taken for granted. I admit that in Sweden there is a kind of fundamental honesty, and government officials usually want to help (without bribes). There is also more stress, more self-preoccupation, more whining, more pseudo-problems. Here is more “real life” or what I should say. My friend from New Zealand, who lives here, says the same thing. 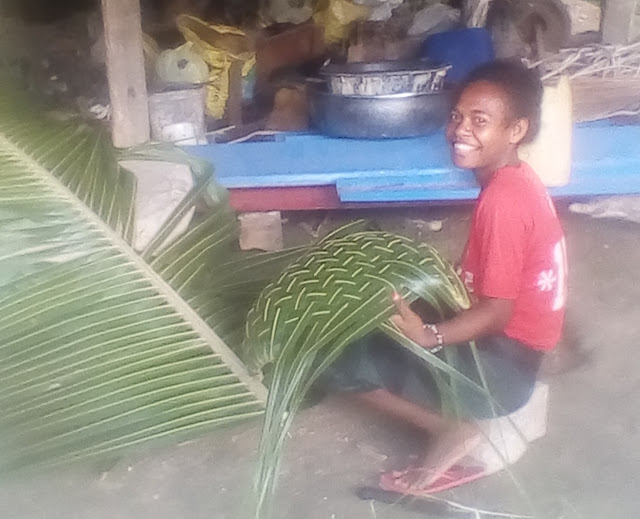 What do they mean by kastom and what do I mean? For me, it is the same phenomenon that appears in Vanuatu, New Caledonia and Fiji, and by all means in many other parts of the world: manners and traditions, values and mentality, yes, everything that is called culture. The Kwaio (especially the hidden people’s) culture is the very quintessence, the hard core, of Melanesian culture”, Ann reflects in the book Solomon Grassroot.

The first feature that Ann mentions among the most important parts of the Kwaio culture is family and kinship cohesion.

Family/relatives are part of one's identity. The most important thing is to maintain cohesion and harmony, even if it goes against one's own wishes. It shows up in hosting and feeding visiting members. As society changes, this can become burdensome in the long run; Kwaio in town, unlike those in the village, have to buy all the food. Some visitors contribute with bags of sweet potatoes or other foods, others do not.

The second important value that Ann mentions as a part of the Kwaio culture is humility, not to emphasize oneself but instead care about others. The third feature she mentions is purity and respect for food that is also mentioned above. The fourth feature is the physical relationship between people.

You should not walk between two people communicating, and do not step over someone's outstretched legs. You should not pass in front of someone but instead behind or at least nod apologetically.

The fifth feature is something that Ann’s husband Robert, who is a Kwaio man from the village Fousisigi, adds. Ann declares that she has not been thinking about this so much.

This applies to the relationship between different family members. The distance between adult men and female in-laws is especially important. In-laws are called 'taboo', which actually means 'forbidden', and it is forbidden to encroach on their privacy. We have for example Robert's nephew and his wife (both about 20–25 years old) living with us. Then Robert cannot go into their room and get something, for example if they borrowed his mobile and kept it, out of respect for the female-in-law. But he can ask a woman or a child to do it. And Robert cannot go into his brother’s and his wife’s (both about 70 years) house, because his wife is a taboo. That is why there is an outer space to gather in, which is open to all. Getting engaged is called being 'declared taboo'.

An economically equal society, but not gender equal

Ann experiences the Kwaio society as an economically equal society.

There are no feudal lords who own land and have subordinates who take care of it. All Kwaio are self-employed farmers. A family owns a land that an ancestor has measured out, and everyone in that family has the birthright to part of that land. All land in the Solomon Islands is thus privately owned.

On the contrary, Ann hardly experiences the Kwaio culture as a gender equal society.

Women are by definition considered unclean and must follow more taboos than men. They are expected to do shitty jobs like cleaning and heavy jobs like agriculture. Among non-Christian Kwaio, they live in a separate house when they are menstruating. This does not mean that women must be treated badly. There are certainly as many happy marriages among traditional Kwaio as in the rest of the world. The high incidence of family-related violence in the Solomon Islands as a whole is partly due to the collision between the ancient culture and the so-called modern society with the dilution of alcohol, a very common phenomenon in the world.

Ann explains that there are many taboos in Kwaio culture and breaking a taboo can have severe consequences.

Ancestral spirits must not be offended. This can be done by breaking a taboo. There are many taboos. One is for example to wash dishes or to have leftover food flushed into the same water that goes to the toilet (respect for food). It could be that a woman pees in a potty indoors. It could be that a woman is sitting over, or stepping over, food or pots. Then the spirits can punish the guilty one by letting her or him become ill or the like. They can be appeased if for example the guilty one sacrifices a pig. 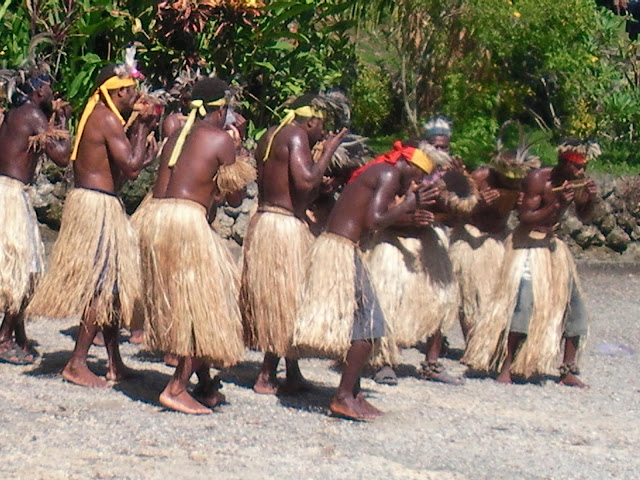 “The religion is based on ancestral spirits, andalo, and the contact between the spirits and the common people is mediated through the priest. The ancestral spirits are constantly present and rule the lives of the people. They must not be offended or insulted, such as when somebody breaches a taboo. A breaching demands purification and sacrifice to the spirits”, Ann writes in the book chapter called The Hidden People.

In the beginning of the chapter, she describes the hidden people:

“The hidden people have been mentioned here and there in this book. They live their traditional life in the mountains of East Kwaio. Nowhere and never has the kastom concept been stronger than here. The hidden people have rejected Christianity and until just recently also clothes and other modern inventions. They live a traditional lifestyle with shifting cultivation and move from place to place to be close to their gardens.” 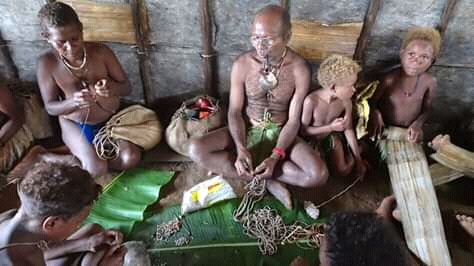 In the same chapter of the book, there is the following description of the important Kwaio feature of purity already mentioned:

“The culture or kastom of the Kwaio in general, and the hidden people in particular, is founded on the concept of opposites like ‘purity – pollution’ and ‘high – low’. The view of purity has an almost ritual quality, and to avoid pollution, there are, as we have seen, several restrictions and rules. The difference is that for the Christian Kwaio it is a recommendation, while for the hidden people it is an absolute law.” 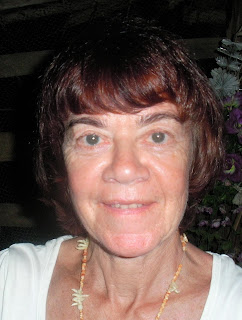 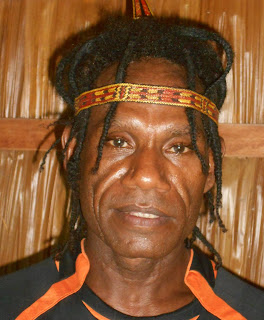 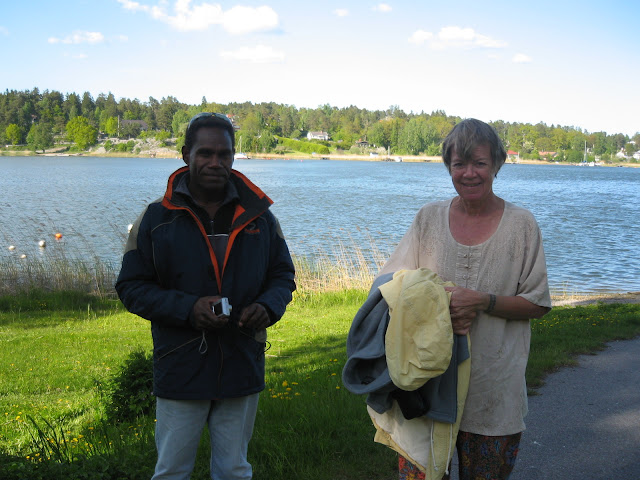 What Do Goodwill Ambassadors Do?

How GOOD are Goodwill Ambassadors?

Kwaio, One of the World’s Indigenous Peoples