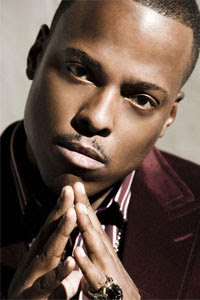 LOS ANGELES, Oct. 2, 2009 - PRNewswire -- Rap artist and entrepreneur Won-G has formed a partnership to create "One Dome at a Time," a charity providing housing to people around the world.

The announcement marks the beginning of a collaboration between the Haitian-born musician's "Save Haiti Foundation" and Monolithic, the US company that builds the dome-shaped dwellings. A signing ceremony will kick start the project in Los Angeles on Oct. 2nd, 2009.

"We will give families in developing countries the ability to acquire their first home," Won-G said about the project. "I first became involved with Monolithic when Hurricane Ike hit Haiti in 2008. I had to raise my hand and do something."

The foundation aims at creating relationships with governments of targeted countries, identifies families and groups in need and gives them a home. The domes are monolithic and ecoshell structures that are safe, easy-to-build and earth-friendly, and provide protection against severe weather. They are designed by Monolithic founder David South and his family.

The first three countries on the foundation's action list are Haiti, Senegal and Jamaica. Won-G has already met with Haitian Prime Minister Michelle Duvivier and work is underway on 100 domes designated for Haiti. This is one of several aid efforts Won-G has spearheaded in his native country and in other impoverished nations. He founded the "Save Haiti Foundation" last year and he is currently Ambassador for UNICEF and Goodwill Ambassador for Haiti.

Won-G devotes much time and resources to world causes, but he is best known as a prolific rap artist and entrepreneur, with a savvy for grassroots marketing. In his 14-year career he has independently produced six albums, which received critical and commercial success, reaching sales of more than two million. He has three Billboard top 50 hits and his music videos have featured Paris Hilton, Carmen Electra and Traci Bingham. Won-G incorporates his international background into his lyrics, often rapping in English, French, Creole and Spanish, and taking on issues of poverty and injustice.

February 2010 marks the release of Won-G's album, "Prince of the City," and the launch of his Sovage Denim line. The album is a collaboration with other rappers and will be distributed by Universal Records, his second major studio distribution.