Collaboration Promotes the Importance of Preserving and Protecting the Environment 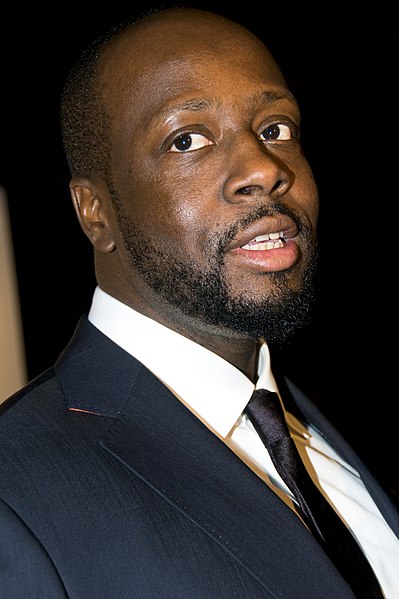 STRATHAM, N.H., Oct. 2 /PRNewswire/ -- The Timberland Company today announced a partnership with globally renowned Grammy Award-winning musician, humanitarian, and Goodwill Ambassador to Haiti, Wyclef Jean. Wyclef is one of six Earthkeeper Heroes within the company's 2009 Earthkeepers program, which aims to catalyze a movement of environmental and social activists. A first for both Wyclef Jean and Timberland, this innovative partnership will fuse music, product, digital and social media, service events and concerts to motivate and inspire consumers to take action in protecting the environment.

This new alliance is grounded in a shared commitment to the environment and a passion for improving communities throughout the world. In 2005, Wyclef founded Yele Haiti to build global awareness for Haiti while helping to transform the country through programs in education, sports, the arts and environment. Similarly, Timberland has long advocated global social justice and environmental stewardship, planting more than one million trees and greening 300 communities throughout the world.

"It is not common to find an agreement between an individual and a corporation with so many altruistic synergies. I am truly humbled and excited to begin our journey together. Timberland is not only a brand I have worn as long as I can remember, but now I feel I have gained a friend in Jeff Swartz, Timberland's President and CEO] and the respect of what is beyond a brand. I have the utmost respect for what he and his company stand for not only in its legacies but in its future. I am looking forward to making change together," says Wyclef Jean.

"Wyclef is a real-life Earthkeeper who shares our purpose and passion," says Timberland President and CEO Jeff Swartz. "The work he's doing in Haiti is a reminder that we all have the power to inspire change - and that joining forces may lead to even greater accomplishments. Between his fans and our customers, you can expect to see big things from this collaboration."

Timberland and Wyclef officially kicked off their partnership last night at an event at WNYC Radio's street-level broadcast studio, The Jerome L. Greene Performance Space. The evening began with an interview by environmental justice advocate and founder of Sustainable South Bronx, Majora Carter, as part of The Greene Space's "NEXT New York Conversation" series, sponsored by HSBC, "The World's Local Bank." The interview will air later this month on public radio's The Promised Land. The interview was followed by a celebration of all Earthkeeper Heroes, highlighted by a live Wyclef performance during which he played new music from his forthcoming album, Wyclef Jean (Carnival House/Columbia/Sony Music) slated for a March 2010 release.

The launch continues this weekend with a "Dig It" tree planting event at Van Cortlandt Park in the Bronx. "Dig It" is an extension of Timberland's Earthkeeper Network and commitment to urban greening and community building. Throughout 2009 and 2010, Wyclef will participate in several Timberland "Dig It" events around the U.S. and Europe, including a service event at West Philadelphia High School on November 5 and a tree nursery project in his native Haiti. The events will bring together eco-minded activists, musicians and communities through tree planting, education and music.

The partnership will be supported through broad-level marketing support and includes:

As part of Wyclef's forthcoming Wyclef Jean album launch and tour throughout 2010 (North American dates February - April), Timberland will create a collection of eco-conscious apparel to be sold at his concerts and on wyclef.com, with a percentage of proceeds to be donated to Yele Haiti. The assortment will include organic concert t-shirts and hats as well as Earthkeepers(TM) Yele Haiti boots.

Wyclef will join forces with Timberland to combine their deep social media networks and influence across platforms ranging from Twitter, YouTube, MySpace, Facebook, imeem, Social Vibe and wyclef.com to call attention to and raise funds for Yele Haiti (yele.org). In an innovative partnership with imeem.com, users can purchase and download playlists created by Wyclef, with all proceeds going to Yele Haiti. On Social Vibe, users will be invited to learn about Timberland initiatives to earn points and raise funds for Yele Haiti.

All platforms will guide back to Timberland's earthkeeper.com home page, featuring ongoing partnership details; exclusive Wyclef music downloads; consumer contests and a call to action for consumers to "Join the Movement" and be a part of service and activism in their local community or donate funds to Yele Haiti.

The collaboration will be celebrated at Timberland retailers around the world in 2009 and 2010 with a series of in-store appearances, concerts and promotional events by Wyclef Jean designed to raise awareness and funds for Yele Haiti. For 2009, planned U.S. appearances include Sneaker Villa in Philadelphia on November 4 followed by a service event on November 5; Timberland's New York City flagship store at 474 Broadway and Jimmy Jazz on November 19; and Underground Station in Atlanta on December 3.


About Yele Haiti and Yele Vert

Yele Haiti is a grassroots movement that builds global awareness for Haiti while helping to transform the country through programs in education, sports, the arts and environment. Yele's community service programs include food distribution and mobilizing emergency relief.

Timberland (NYSE:TBL) is a global leader in the design, engineering and marketing of premium-quality footwear, apparel and accessories for consumers who value the outdoors and their time in it. Timberland markets products under the Timberland®, Timberland PRO®, Mountain Athletics®, SmartWool®, Timberland Boot Company(TM), howies® and IPATH® brands, all of which offer quality workmanship and detailing and are built to withstand the elements of nature. The company's products can be found in leading department and specialty stores as well as Timberland® retail stores throughout North America, Europe, Asia, Latin America, South Africa and the Middle East. Timberland's dedication to making quality products is matched by the company's commitment to "doing well and doing good" -- forging powerful partnerships among employees, consumers and service partners to transform the communities in which they live and work. To learn more about Timberland, please visit www.timberland.com.

To learn more about and follow Wyclef Jean please go to:
Source: Timberland

We are very glad we have interactive relationships with good social promoters like the PRNewswire for working to publicize stories involving goodwill and public diplomacy. Photo: Wikipedia
Wyclef Jean