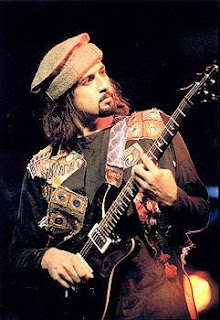 Author Chuck Palahniuk once said: “We all die. The goal is not to live forever. The goal is to create something that will.”

When the poignant misery of life begins to grow, Ahmad emerges like rays of sunlight bursting from a cloud of hope, bearing a beautiful musical symphony.

A sophist, a dreamer, Ahmad casts a spell. His role in life is still undecided, but his faithful purpose along a visionary route is very extraordinary.

The young man may have achieved above and beyond many can only dream of, but believes he is on a journey that is yet to realize its destination.

Ahmad is involved with the world as the UN Goodwill Ambassador, rockstar, writer and teacher with a humanitarian endeavor. He shoulders the weight of responsibilities beyond the average intellectual capacity. Fighting against all odds when he started off as a musician in Pakistan, Ahmad’s deeply moving narrative depicts his journey in careful words encrusted with reflective substance.

Ahmad believes enthusiasm and inspiration are the keys to creativity. “I try to stay enthusiastic about everything that I do.”

Ahmad believes that 2012-2022 is perhaps the most crucial decade of his lifetime. “We can bring unity, peace and prosperity to our planet if we continue to evolve our consciousness.”

Music is a revelation, enrooted in history, philosophy and a system of belief. Ahmad has, time and again, questioned the masses through his songs. “Sayonee,” a classic, implores humanity to reconcile, strengthen themselves to evolve by looking within.

Arab News brings you an exclusive with the man himself.

How did music make a difference to you? 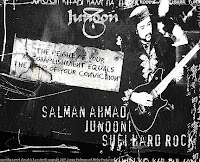 How do you think music influences the generic consciousness of the youth?


Music is a divine force that can bring people together in harmony. The 13th century poet, Maulana Jalal Ud Din Rumi, said: “If you follow the music, it will show you the way.”

What is your dream?


To create the music of unity, love and passion.

What is your perspective on the Arab Spring and the transformational shift geared by youth?


The world is experiencing a transformational shift in which young people empowered by technology and the connectivity of social media are challenging the old world order. I see it as a very healthy and evolutionary change and a necessary recalibration of culture, politics, religion and society.


Junoon is a trademark, symbol and legendary. What was it that you felt at that point? Because undoubtedly, it was fierce and passionate, as it is evident in the song “Sayonee.” What was it that brought it forth?


Junoon is all about love, life and passion. Once you are touched by Junoon, you can never be the same.

Can we expect a new song/album anytime soon? What are you working on currently?


I'm working on my first Bollywood film, “Rhythm.” I'm shooting for that in April in Poland. I have also recorded two new songs for it. One song, “Yaro,” is a collaboration with India's diva Sunidhi Chauhan.

How do you do it? Don’t your extensive roles burden you sometimes?


I don’t allow myself to be burdened by anything. I just simply follow the whisper in my heart.

Any plans to visit the Middle East?


I will come to celebrate Junoon's 20th anniversary and do a talk on the work the Salman and Samina Global Wellness Initiative (SSGWI) is doing (www.ssgwi.org).

Tell us something you have never shared with anyone before.


My nickname as a child was Guploo!

Any message for your fans and those who aspire to be the next Salman Ahmad?


"When you follow your heart, the entire universe will conspire to make you succeed."


And in the end, amidst the adversity, he evokes a boundless sense of promise in his lyrics: “The dream is not yet over. Keep yourself alive. Hold on. We may survive.”